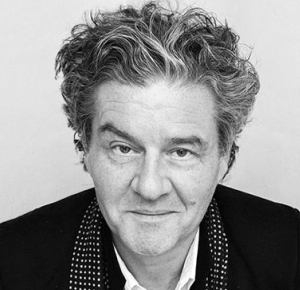 After working at SOM in Chicago and New York, Michel Mossessian established his own practice not in his native Paris but in London. He is building a reputation as an innovative commercial architect employing a blend of the best practices of US corporate architecture, its scale, history and ambition, combined with a continental European finesse and flair. Mossessian’s office development at Merchant Square perfectly displays this cocktail of clarity and complexity in a building which begins to define a new urban realm between motorway and the dense fabric of Paddington. His scheme for the Heart of Doha represents a consolidation of Western and Middle Eastern modes of living. For the door handles, Mossessian uses a similar device to Ludwig Wittgenstein, an implicit acknowledgement of the different natures of the two sides of a door but also of the contrasting modes of operation of the handle itself. According to whether it is the push or pull side, the expression of a kink in the folded metal expresses the nature of the operation, in either convexity or concavity.