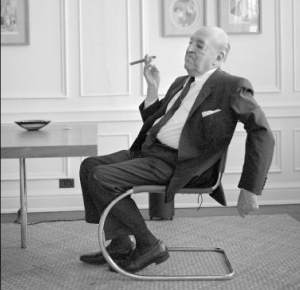 Ludwig Mies van der Rohe was a German-American architect who, along with Le Corbusier, Walter Gropius and Frank Lloyd Wright, he is widely regarded as one of the pioneers of modernist architecture. Mies sought to establish a new architectural style that could represent modern times just as Classical and Gothic did for their own eras. He created an influential twentieth-century architectural style, stated with extreme clarity and simplicity. His mature buildings made use of modern materials such as industrial steel and plate glass to define interior spaces. He strove toward an architecture with a minimal framework of structural order balanced against the implied freedom of unobstructed free-flowing open space. Mies called his buildings "skin and bones" architecture. He sought an objective approach that would guide the creative process of architectural design, but he was always concerned with expressing the spirit of the modern era. He is often associated with his quotation of the aphorisms, "less is more" and "God is in the details". Please, read about Mies’ handles in Dezeen. 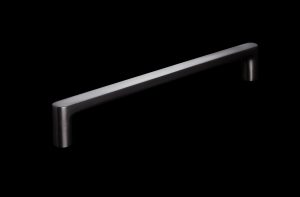