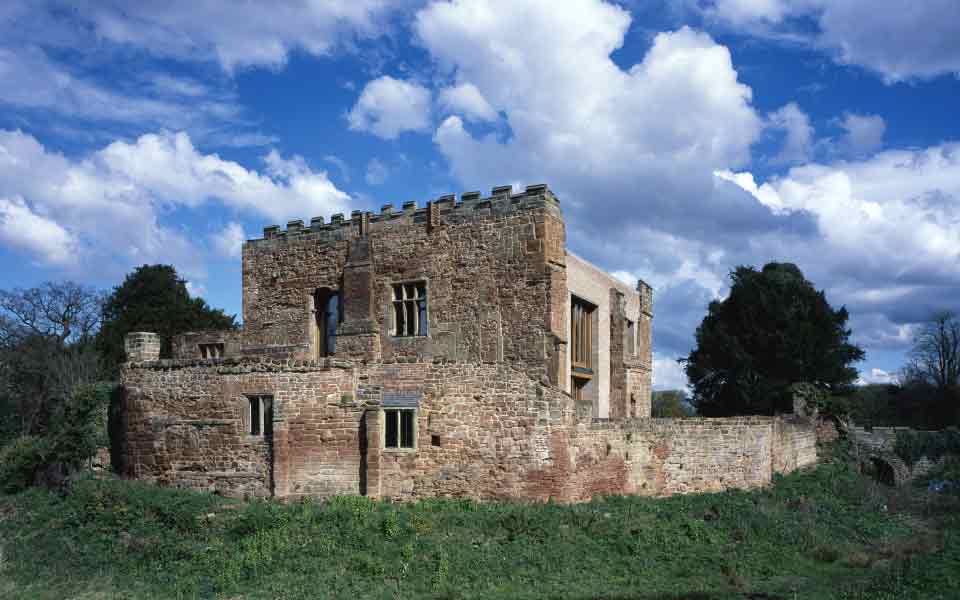 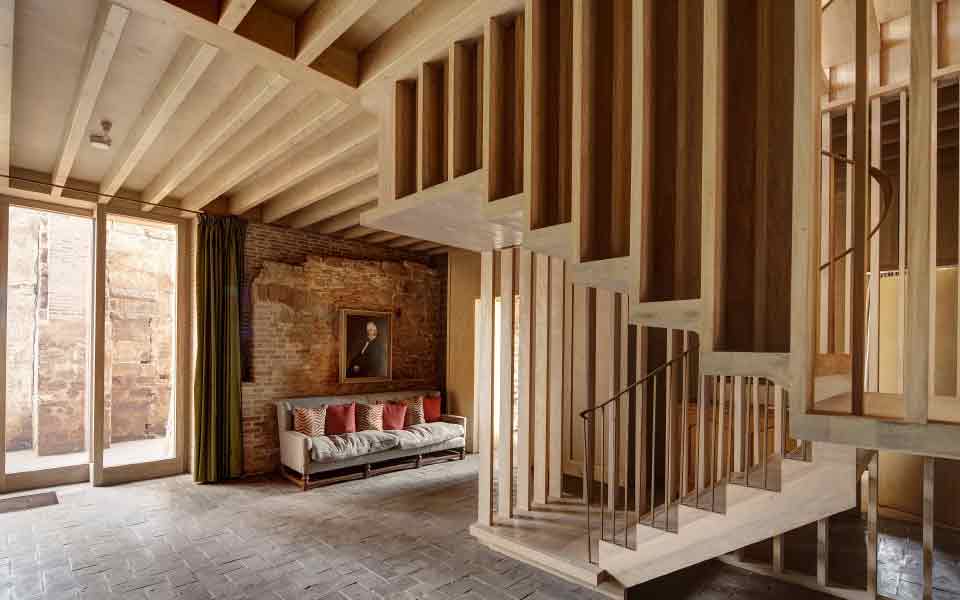 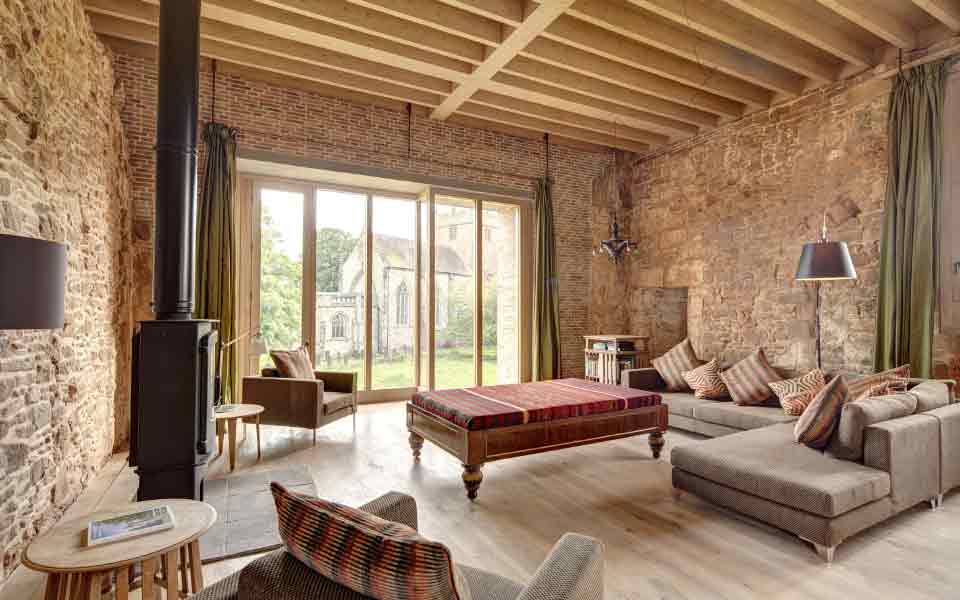 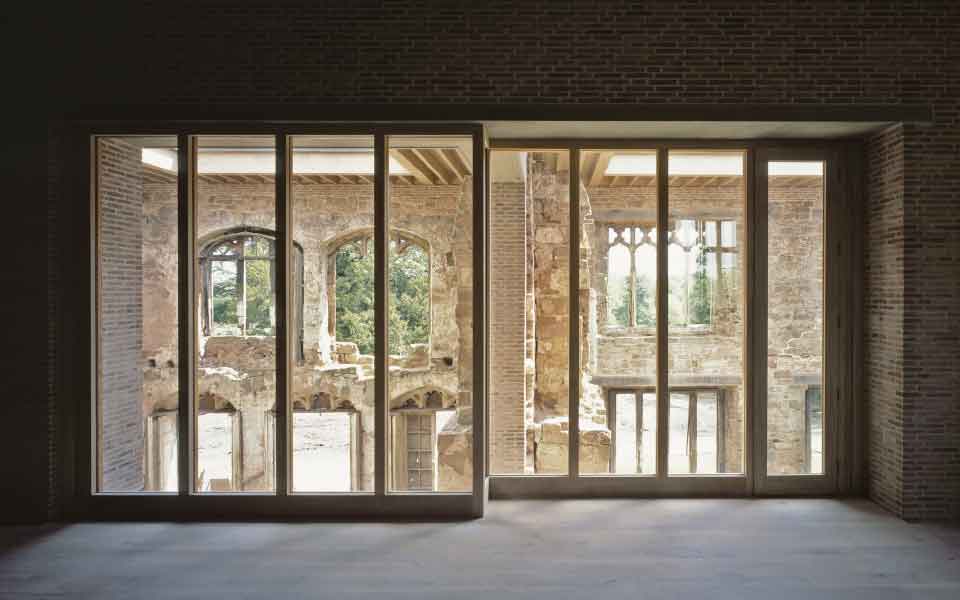 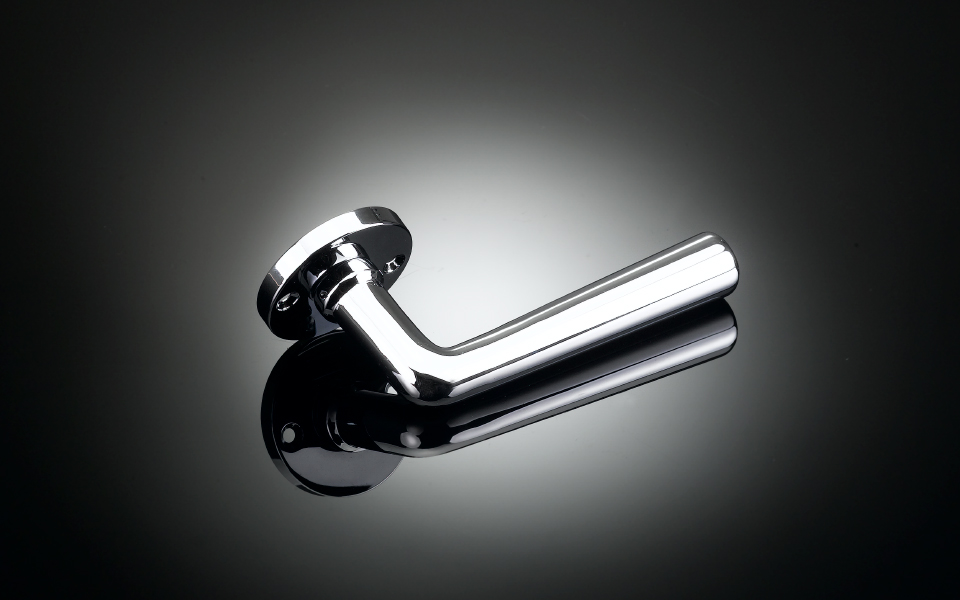 izé's architectural ironmongery for the radical refurbishment of Astley Castle in Warwickshire, winner of the 2013 Stirling Prize for architecture.

Architect Witherford Watson Mann won a competition run by the Landmark Trust, which maintains historic buildings by renting them out as holiday homes. In the case of Astley Castle, which had been in continuous occupation since Saxon times, the building was derelict, following a fire in the 1970s, with no internal finishes or fixtures remaining. A more radical solution was therefore needed.

The Landmark Trust decided that the solution was to create a holiday home within the existing walls. The architect created a resolutely modern internal structure, using materials including clay bricks and a timber roof, that took advantage of the existing openings to bring in light.

When the project won the Stirling Prize, the first home to do so, then RIBA President Stephen Hodder said, ‘It's an extreme retrofit in many ways. It sends out great messages about conservation.’

izé's nickel-plated brass handles based on a design by German architect and functional designer Ferdinand Kramer, who was associated with the Bauhaus movement. This was an unusual but highly successful choice, with the solid handle from the mid 20th Century contrasting with the ancient fabric and the contemporary insertions to add to the overall effect.