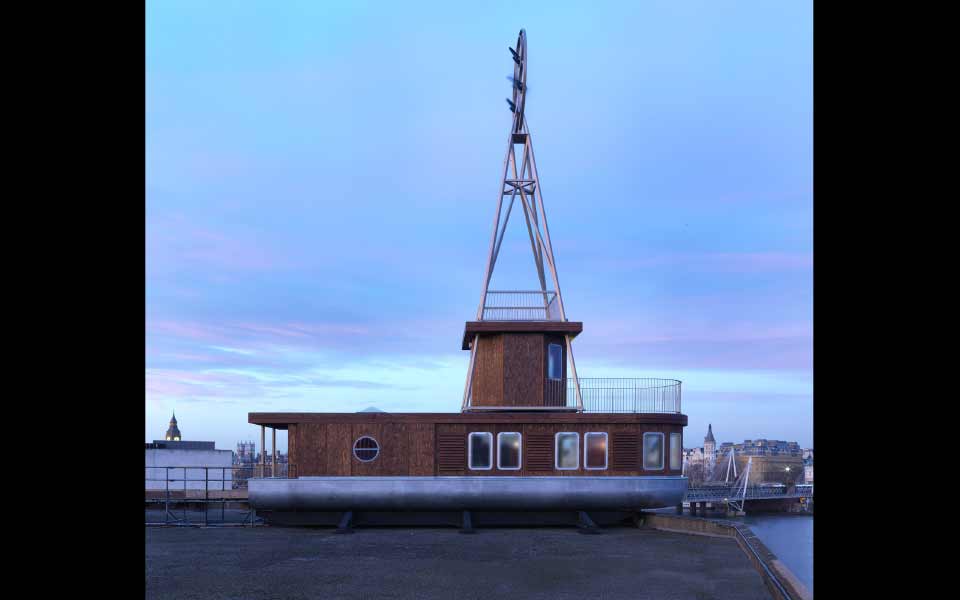 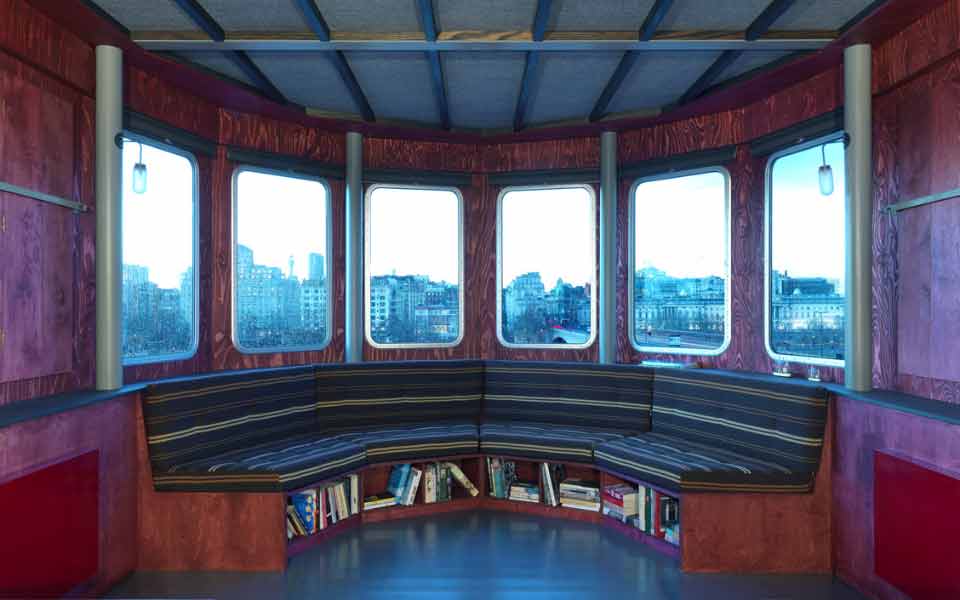 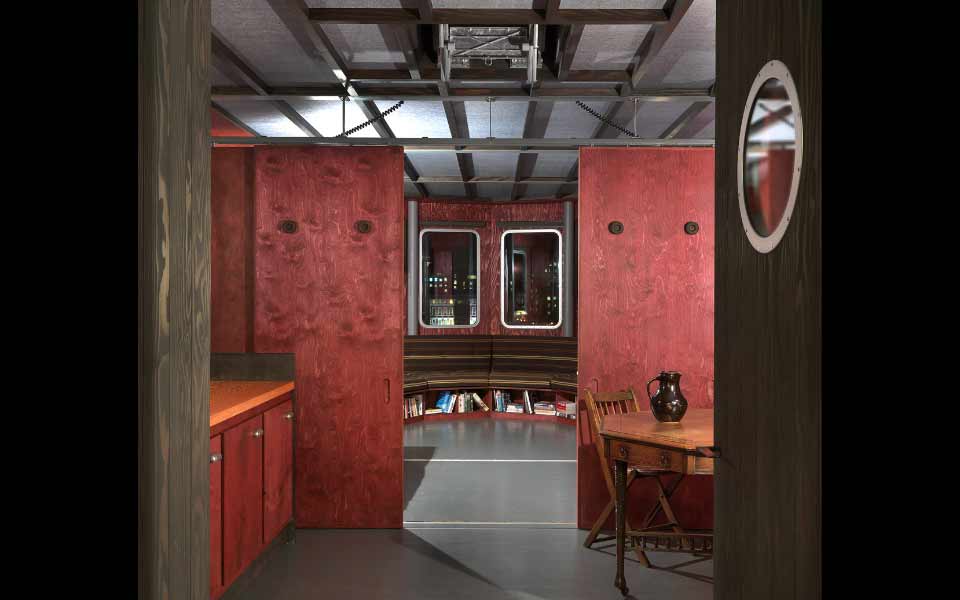 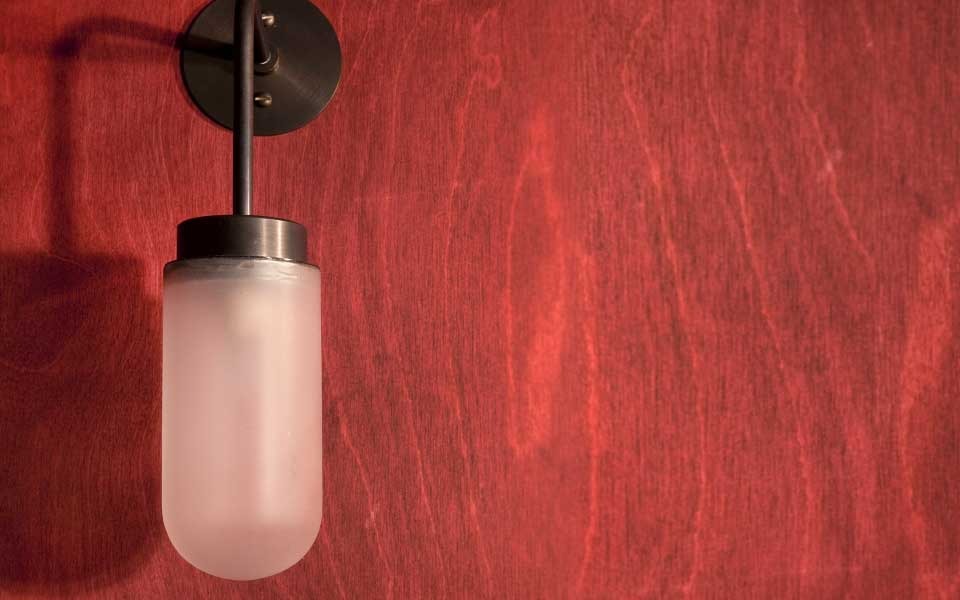 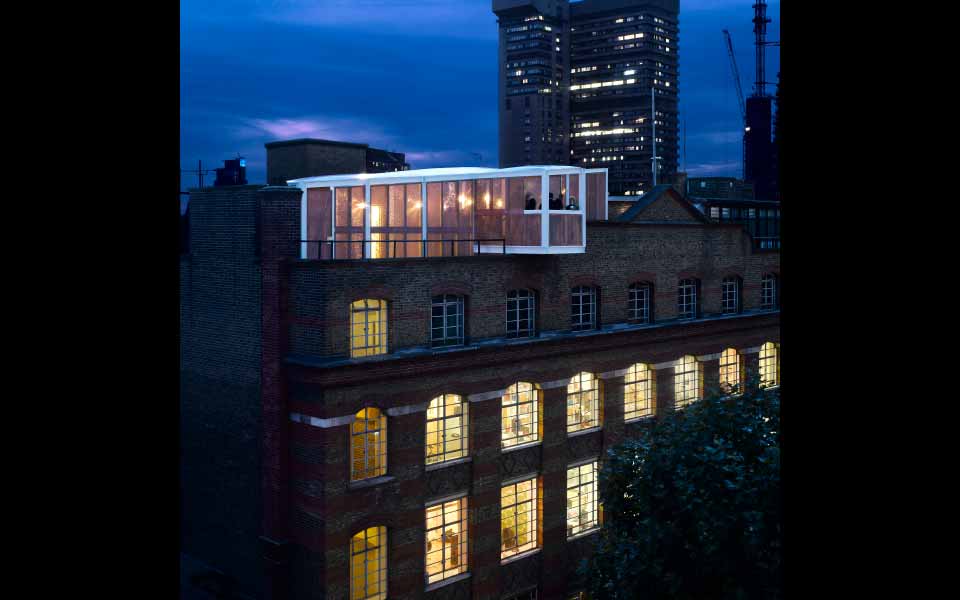 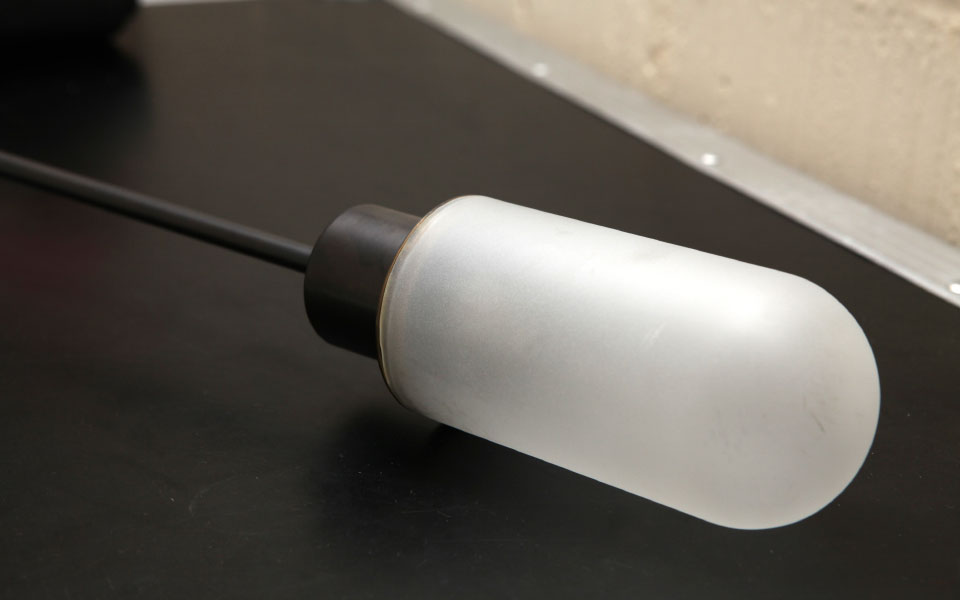 Perched on top of the Queen Elizabeth Hall at London’s Southbank Centre, A Room for London was an installation that doubled as an unusual hotel room, designed by David Kohn and Fiona Banner.

The structure, which looked like a boat thrown on top of the building by some fictitious tidal wave, was a reference to the river journey in Joseph Conrad's 'Heart of Darkness'.

izé supplied the door handles and the lights, which were designed by David Kohn. David Kohn used the same GAS pendant and wall lights on another temporary project, Skyroom. This was a structure that sat above the building in Southwark then occupied by the Architecture Foundation and other tenants of Lake Estates.

Peeking cheekily over the front of the building, and offering fantastic views, the Skyroom consisted of an open courtyard for theatre-like events, with four smaller, roofed spaces around it. The roofs were made from ETFE pillows, giving a transparent, cloud-like feel.

Skyroom was used for both daytime and evening events during its two-year residency, so the lighting was important.